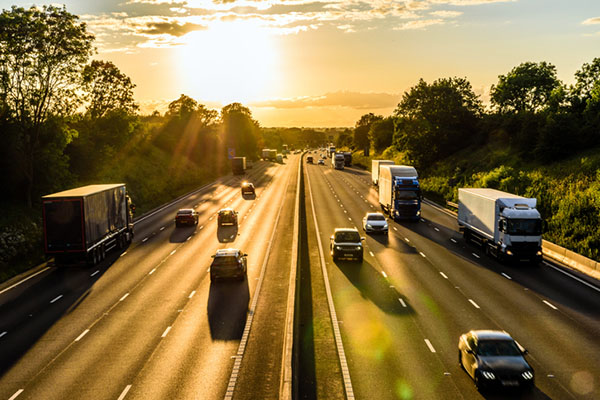 The latest gross domestic product (GDP) statistics show that, while the UK recovery did continue in August, the pace of growth has slowed and output still remains significantly below pre-coronavirus levels.

Data published by the Office for National Statistics (ONS) revealed the UK economy grew by 2.1% in August. A significant proportion of this growth, however, stemmed from the restaurant and accommodation sectors, which benefited from a relaxation of lockdown restrictions, the government’s ‘Eat Out to Help Out’ subsidy and growth in ‘staycations’.

While August’s growth did represent a fourth straight month of expansion, the figure was below market expectations and also substantially lower than June’s 8.7% growth rate and the 6.6% rate recorded in July. It also meant the UK economy remained 9.2% smaller than it was before the COVID-19 pandemic struck.

The weaker growth profile also clearly suggests the recovery was beginning to run out of steam in late summer, and more recent survey evidence implies a further loss of momentum occurred as we moved into the autumn months. The headline IHS Markit/CIPS composite Purchasing Managers’ Index, for instance, fell from 59.1 in August to 56.5 in September, while an early ‘flash’ reading recently revealed the index dropped to a four-month low of 52.9 in October.

Bank of England Governor Andrew Bailey has also warned that the introduction of tighter coronavirus restrictions means there is a significant risk of growth continuing to be lower than expected. Speaking during an online conference for senior bankers and economic policymakers held in mid-October, Mr Bailey said the UK faces “an unprecedented level of economic uncertainty” and added “the risks remain very heavily skewed towards the downside.” The governor also suggested the best course of action was for policymakers to act aggressively, rather than cautiously, in the face of this uncertainty. 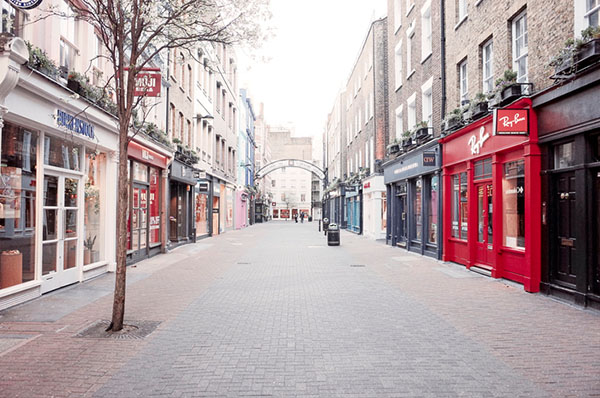 Although official data shows the summer recovery in retail sales continued into September, more recent survey evidence suggests this growth may have ground to a halt and following the announcement of a second lockdown, the retail sector now faces another major setback.

According to the latest ONS statistics, retail sales volumes grew by 1.5% in September compared to the previous month. This marked the fifth successive monthly rise and left September’s total sales volumes 5.5% higher than the equivalent level recorded in February, the last month unaffected by the coronavirus pandemic.

Overall, retail sales have bounced back much more strongly than analysts had predicted and September’s figure again topped forecasts submitted in a Reuters poll of economists. It also resulted in the three months to September posting the largest quarterly rise on record, with sales volumes 17.4% higher than the previous three-month period.

Analysts, however, have again warned that the sales surge is unlikely to last, particularly with tighter lockdown measures being imposed. Indeed, the latest Distributive Trades Survey published by the Confederation of British Industry (CBI) suggests the recent growth in sales volumes may already be at an end.

The CBI’s monthly gauge of retail sales fell to -23 in October, down from an 18-month high of +11 in September; this implies a significant decline in sales volumes compared to those achieved a year earlier. Furthermore, retailers’ expectations for sales in November also fell sharply, raising concerns about the crucial Christmas trading period.

Commenting on the survey’s findings, CBI Principal Economist Ben Jones said, “The fall in retail sales in October is a warning sign of a further loss of momentum in the economy as coronavirus cases pick up and restrictions are tightened across many parts of the country. With footfall still down by one third, many retailers face a difficult run-up to the all-important Christmas period.”

At the end of October, global stocks came under pressure, as concern over the economic impact of rising coronavirus infections weighed heavily on markets. In the last week of the month, global virus cases increased by over 500,000, Germany and France entered national lockdowns, Boris Johnson announced a four-week lockdown in England commencing on 5 November (subject to a Commons vote), and a record surge of cases in the US pushed hospitals to capacity ahead of the presidential election.

As investors processed tepid quarterly earnings reports from some mega-cap tech companies, an uncertain growth outlook drove US stocks lower in October. The NASDAQ closed the month down 2.29%, the Dow Jones finished down 4.61%.

An accelerating second wave of infections, prompting more drastic lockdown restrictions and derailing the fragile economic recovery, pressurised UK markets at month end. The FTSE 250 closed October marginally down (0.58%), while the large cap FTSE 100 index lost 4.92%, to close the month on 5,577.27. On European markets, the Euro Stoxx 50 lost 7.37% in the month and in Japan, the Nikkei 225 lost 0.90%.

Gold is currently trading at around $1,879 a troy ounce, a small loss of 0.47% on the month. The price rose at the end of October as the dollar rally paused, with concerns over rising cases and uncertainty over the election, offering a level of support to the safe-haven asset. An increase in Organization of the Petroleum Exporting Countries (OPEC) oil supply and the impact on demand as virus cases accelerate are affecting the oil price and pressurising OPEC+ to shelve a scheduled January 2021 supply boost. Brent crude is currently trading at around $37 a barrel, a loss of 9.90% on the month.

The unemployment rate now stands at a three-year high,
with fears that a second national lockdown in England and
tighter restrictions in other nations, designed to combat
a second coronavirus wave, will inevitably lead to further
job losses.

According to the latest labour market statistics, an estimated
1.5 million people were unemployed in the UK between June
and August. This left the unemployment rate at 4.5%, up from
4.1% in the previous three-month period and the highest
figure since 2017.

Data subsequently released to the BBC following a Freedom
of Information request also found that a large number of jobs
remain at risk of redundancy. In September, 1,734 employers
notified the government of plans to cut 20 or more posts,
putting a total of 82,000 positions at risk. While these numbers
were slightly down on the peak seen in June and July, they were
still around three times the levels recorded in September 2019.

Changes to the new Job Support Scheme announced by the
Chancellor on 22 October and reintroduction of the 80%
furlough scheme, may persuade some employers not to go
through with their redundancy plans. However, with restrictions
expected to further dent economic prospects, labour market
risks appear to be skewed significantly to the downside.

Last month again witnessed a series of ups and downs as the Brexit rollercoaster rumbled on; but talks have resumed and intensified as negotiators attempt to bridge the gaps and secure a last-minute deal.

On 17 October, Downing Street declared that post-Brexit trade talks between the UK and EU were “over” after the Prime Minister’s deadline for the two sides to reach agreement had passed. However, following a week-long standoff, talks did resume with EU Chief Negotiator Michel Barnier warning that “every day counts” as he arrived in London and speaking of a “huge common responsibility” with the December deadline looming.

The day after talks resumed, International Trade Secretary Liz Truss also appeared to offer a conciliatory air. Speaking after signing the UK’s first major post-Brexit trade agreement with Japan, Ms Truss suggested “real progress” had been made during “intense negotiations” between the UK and the EU.

Whether a trade deal will ultimately be struck appears to hang in the balance, although it does seem that both sides would like to secure an agreement. One certainty, though, is that the coming weeks are likely to see further ups and downs before the Brexit rollercoaster finally runs its course.

The value of investments can go down as well as up and you may not get back the full amount you invested. The past is not a guide to future performance and past performance may not necessarily be repeated.

It is important to take professional advice before making any decision relating to your personal finances. Information within this document is based on our current understanding and can be subject to change without notice and the accuracy and completeness of the information cannot be guaranteed. It does not provide individual tailored investment advice and is for information only. We cannot assume legal liability for any errors or omissions it might contain. No part of this document may be reproduced in any manner without prior permission.